Contending for the faith 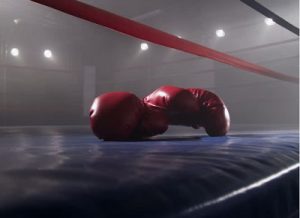 ude is a small book in the bible. But it makes an important point,  that being we need to contend for the faith.

Jude 1 3 Beloved, while I was very diligent to write to you concerning our common salvation, I found it necessary to write to you exhorting you to contend earnestly for the faith which was once for all delivered to the saints. 4 For certain men have crept in unnoticed, who long ago were marked out for this condemnation, ungodly men, who turn the grace of our God into lewdness and deny the only Lord God and our Lord Jesus Christ.

22 And on some have compassion, making a distinction;[d] 23 but others save with fear, pulling them out of the fire,[e] hating even the garment defiled by the flesh.

It may be very politically incorrect and socially frowned upon to speak against certain sins (not the sinners) in today’s society, but only by speaking the truth of God in these situations can salvation be had.  If you contend for the faith and speak God’s truth in these situations you will be called haters and reviled, for some of these surely do not want to hear the truth. But some will. Some are dying to hear the truth.

The prophets of old contended for the faith, and they were hated

The apostles contended for the faith and they were hated

and the saints between that time and now who contended for the faith we also hated.

But they were loved and blessed of God, and people in those sins were saved.

Surely it is not everyone’s dream job to be reviled and hated by men, to speak the truth, to contend for the faith is not an easy task. But it is an important task.

If you can’t find it in yourself to stand up and take the fore front in this endeavor, you must at least make sure you do NOT roll over the the prevalent lies of today’s society

Contend for the faith. if not proactively, then defensively. Do not roll over to the modern thinking of men.

1 Timothy 6:  12 Fight the good fight of faith, lay hold on eternal life, to which you were also called and have confessed the good confession in the presence of many witnesses.

1 Thessalonians 5: 19 Do not quench the Spirit. 20 Do not despise prophecies. 21 Test all things; hold fast what is good. 22 Abstain from every form of evil.

2nd Corinthians 10: 3 For though we walk in the flesh, we do not war according to the flesh. 4 For the weapons of our warfare are not carnal but mighty in God for pulling down strongholds, 5 casting down arguments and every high thing that exalts itself against the knowledge of God, bringing every thought into captivity to the obedience of Christ, 6 and being ready to punish all disobedience when your obedience is fulfilled.

Fight the good fight, stand up for what is right, speak the truth some people do not want to hear, or at the very least hold the line and do not give in to the lies of the day.

May the Lord richly bless you this day.