The Faith of Joshua and Caleb 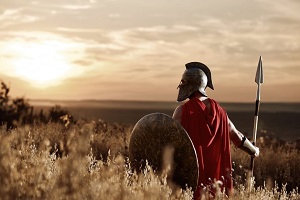 What was the faith of Joshua and Caleb?. The same faith that made David stand before the giant  Goliath and say ” who is this uncircumcised philistine that He should stand against the people of God?”

Then David spoke to the men who stood by him, saying, “What shall be done for the man who kills this Philistine and takes away the reproach from Israel? For who is this uncircumcised Philistine, that he should defy the armies of the living God?”

In the time of the Exodus 12 spies were sent into the land promised to the people of Israel when they came from Egypt.   Ten of them said yes, the land is flowing with Milk and Honey, but there are giants in the land and we cannot come against them. Two spies, Joshua and Caleb saw the same thing, but they KNEW the promise of God would overcome all enemies and all giants and everything that would stand against them. But the people of God quailed and did not do what God commanded. And so they were left to wander the wilderness until that weak generation died off, and a new generation born to trial took its place and followed Joshua into the promised land.

How much is today’s Christian sitting on their haunches, afraid or willing to speak the hard truth to a wandering generation because they fear the reprisal and disapproval?  This world is literally going to hell in a hand basket, and the only ones who can show them a better way have allowed themselves to be bullied and shamed into hiding that saving light under a basket.

We , the whole world, could user a little the boldness of Joshua and Caleb right now, because it doesn’t matter what giants face us, we are marching on the orders of God.  It is time to put on your big boy and girl pants ( or as the bible says gird your loins) and put on the Armor of God and Go out into the world, your community your home, and make a stand for Jesus.

Because if you don’t stand for something, you will fall for anything.