E-Mail From The Gates 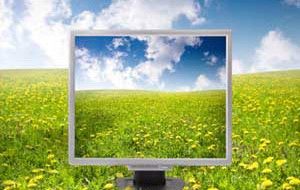 Man I have to tell you, things are way different than I thought they’d be

I got here earlier today..you know when it happened and things we’re kind of hectic you know. I didn’t expect there to be near as many people as there were. And it wasn’t like a good crowd, you know? I couldn’t figure that out either, cause alot I guys used to party with are here man. But something has really put a blanket over this crowd. I can’t see alot from where I am right now…Just a crowd of people ahead of me. I don’t know why I brought along my lap top, but hey since I got it, and solitaire isn’t working I thought I would email you.

Okay the line is moving a little bit now. Man this is one weird scene, there is like a million people and where all heading to what looks like a chair or something….someone is sitting in the chair, but man they have the spot lights on WAY to high, I can’t see a thing its so bright.

Okay I can see a little better, at least to the sides…..to the left wow a lot of people are going off to the left….they don’t look happy. Hey there’s Denny I’ll yell at him for you. Well the jerk didn’t even look up. Remember Denny? Man He was the Maxed Out Party GUY! He always was rocking…..he doesn’t look to happy now.

Man this light is almost too bright to stand….I’m getting really close. I hope I get to go to the right, the people who are going to the right look really happy….glowing and all. The people to the left, man that’s a bummer scene man…it seems that the people going left are being “escorted” out the door by these really beefy looking guys with wings. Some people are screaming trying to get back to the chair in the light…but those big guys are shoving them all out the door.

De-di De- di man can you say Twilight Zone? The Light is so bright I am feeling an excruciating pain, like inside me man…..and the people to the right, they look like angels or something…..and the people to left they’re screaming and sweating blood. something’s not right man, they keep screaming the name of Jesus and Asking forgiveness….weird Huh?

Oh man its almost my turn up there, I am completely surrounded by the light now, but… its like I don’t comprehend it man….and the pain is like piercing my heart….

The Chair….its not a chair…. its a throne

and the Guy on the chair….he’s he’s

Everything you said about the bible….About…Him

I mean I partied on Saturday and went to church on Sunday who knew this sh… stuff was real?

Depart from Me, you cursed, into the everlasting fire prepared for the devil and his angels.