Right And Wrong And Right 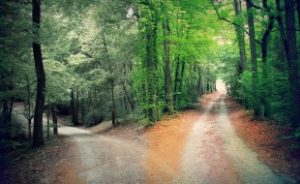 What is Wrong and What is Right?

Its all relative right? I mean I am a good person and I care. Isn’t that enough?
I save the whales and protect the rain forest from those stupid people who want to cut it down.

I have great tolerance for all people and I can’t stand those who are intolerant.

There are a lot of valid choices out there anyway, aren’t there? Its most important to be yourself.

I help animals who are endangered, I protect a woman’s right to choose, I’m a good person.

Here in lies the greatest danger today. One of Satan’s greatest successes. The substitution of morals for ethics.

Lets take this poor lost soul who is proud of her protection of animals and her protection of a woman’s right to her body. To her eyes this is a good thing for her to be doing. Her ethics say it is a noble thing. But is it moral?

Something is moral if it lines up with the word of God. If it is of God then it is a moral thing. Because the only source of good is God.

However moral’s are very inconvenient. Morals cause us to act accordingly to God’s will and sometimes we don’t want that. So the world (thanks to the god of this world and liar extraordinaire, Satan) has found a way to do away with the “judgmental and hateful” morals. By substituting ethics.

Ethics are user friendly guidelines which are malleable and derived from the human himself. What HE thinks is right. After some consideration they find an easy excuse in ethics to excuse their favorite sin.

Morals are rigid, immutable truths that require strict adherence or they are broken. They are formed in the mind of God and they comprise His will. And they are tough to follow if one’s life is not committed to Jesus. But the burden is oh so light when we walk in the path of God.

But morals are under attack like never before by the enemy, the old devil Satan. Morals now are no longer a choice. They are an anathema to those who are in the world. Anyone who follows God and His will are judgmental, hateful bashers, hypocrites, spouting love but, not accepting my favorite sin. How dare we. Now more than ever we have to be vocal about what is right and what is wrong because the voice of the enemy is deafening, and the voice is drowning out the word of God in some churches.

Tolerance is the keystone word of these ethics, “We must be tolerant of all people and there choices because that is love” the voice of tolerance rings. The voice of God’s people are relegated to the river Jordan with outcry of injustice.

But deep within the voice of the world , there is no tolerance for good only evil. Homosexuality, abortion, hate against what is good and every aberration this is the call of the world. And it always has been since the serpent sought to tempt Eve. It’s wrapped up in a pretty bow, and by the virtue of being yelled loud enough and long enough the lie has become acceptable to the world, to the point that anyone who stands against it is hated. A dichotomy unrecognized in the fog of sin.

Take the example of the person who protects animals and yet sanctions the deaths of millions of unborn humans. Who but someone who hates humans would sanction that? And who hates humans? The usurper in chief, Satan.

The children of God must not be deceived by the good intentions of “ethics’ for they are death. Neither can the children of God be silent as church after church is swallowed by the ethical thinking of the enemy. Jesus promised us persecution if we stood for Him. The time is at hand brothers and sisters, when we will be persecuted for standing up and saying what is right and moral. Because behind the mask of ethics, hate resides. But stand we must.

What is right? God.

What is wrong? Everything else.

My brothers and sisters I pray for the grace of God to come upon you and the Spirit of boldness to live within you, to proclaim the goodness of God, no matter the scorn ridicule and derision the enemy will throw against you, because you will be stacking up riches in heavenly places, and you might shine the light to help someone out of the abyss. I Pray this in Jesus Name, Amen